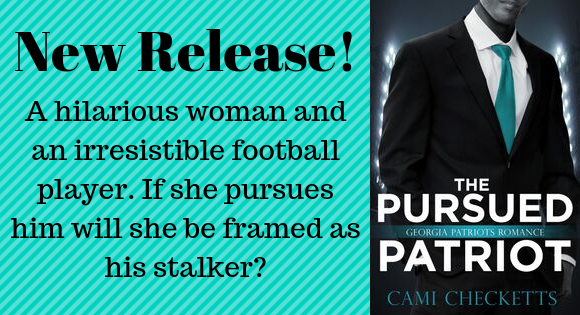 Happy Friday my friends! We had our last lacrosse and football games for the season this week so I'm thinking it's time to hunker down in the warm house and read. Doesn't that sound lovely? Now to talk my boys into it. ;) Thanks for the unreal support of The Pursued Patriot! I love this book so much and it was fun to have the crossover with some of my Steele Family friends. Here's what one reviewer had to say: "Cami Checketts hit another one out of the park. Hot, powerful men who know how to be gentle; sassy, spicy women who flirt and play; and another dose of Lottie Steele wraps up the whole. There’s reparte, teasing, peril, and hot kissing mixed in with football heroes and a small look at the glory that is Hilton Head, gators and all. I loved the different elements of this story and how they all came together." Lolly G. Today The Gentle Patriot is free to celebrate the last Patriots release for me, and the audio book version of The Gentle Patriot is now available so lots of reasons to celebrate. Read below for an excerpt of The Pursued Patriot. Hugs and many thanks, Cami 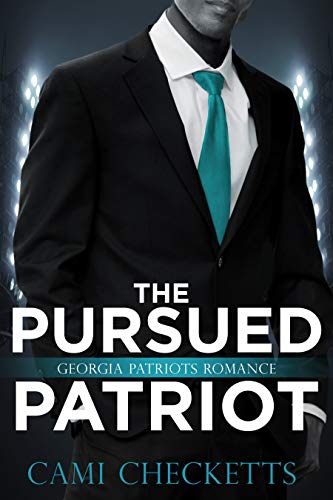 A witty chef and an irresistible football player. If she pursues him, will she be framed as his stalker? 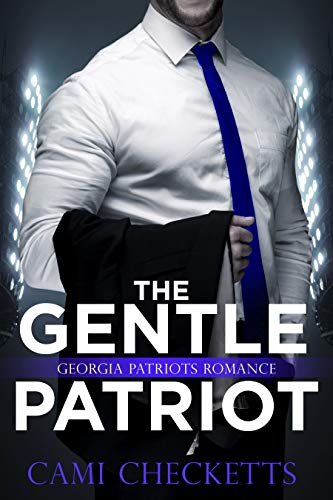 It was love at first glance for Mack Quinn, but Sariah Udy has scars that not even this gentle giant can heal. 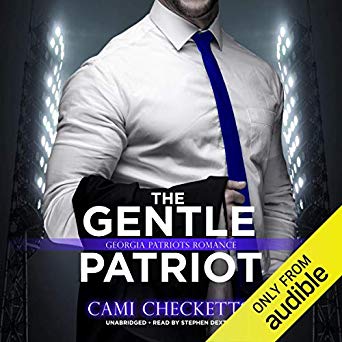 Now available on Audio  If you download the free e-book the audio is discounted!

Shar saw a runner coming the other direction. There were often runners and bikers along these trails, but it was usually pretty quiet this early in the morning. The person coming was tall and built. She felt a little twinge of worry and fingered the pepper spray in her pocket. The man got closer, and in the pre-dawn light, she could see smooth, brown skin in a tank top and shorts, and the most handsome face on the planet. Mike Kohler. Her heart leaped with excitement, even as she told herself she should just stay away and not push him toward nominating her for the asylum. Did they even have asylums any more, or was that politically incorrect? Hmm. She’d have to Google that.

Mike’s gaze met hers, and he blinked in surprise. Slowing, he stopped in front of her. “Hey,” he said softly.

“Oh, hey.” She wanted to say something funny but didn’t want to scare him away again.

He tilted his chin at her and gave a very forced smile. “These trails are great.”

“Yeah. I’m a lucky duck getting to live here and run the trails or the beach every morning. Show off my superhuman speed.” She pumped her eyebrows. “I’m faster than Dash. You know, from the Incredibles?”

“For sure.” His smile seemed a little softer. Apparently, he at least appreciated her goofy sense of humor.

He actually laughed. It was a great laugh. “You do realize I run the forty in under four-forty.”

“Ooh.” She pursed her lips and pretended a shudder. Yes, she knew that. She knew most of his stats. “That is fast. Come on then, let’s see it.” She took off running as hard as she could. She knew he could easily catch her, and maybe he’d think she was crazy again for trying to race him, but it was super fun to banter with him, and him chasing after her would fulfill so many fantasies.

Glancing over her shoulder, she saw he was watching her with a bemused smile. She beckoned to him. “Come on! Don’t make me beat you, superstar.”

He pushed off then and sprinted toward her. His eyes changed quickly from laughing to concerned. “Shar!” he yelled, pointing.

Shar turned back around and realized that the path had curved, and she was flirting with the edge. The edge that went down to one of the many lagoons next to these paths, lagoons that were full of alligators.

Shar screamed and tried to correct her footing, but she was already sliding in the loose gravel down the steep incline. She could spot several alligators. One was half out of the water not far below her, and the scream caught in her throat as icy horror encased her body and seemed to seal off her vocal cords.

Mike’s hand shot out and grabbed her arm, easily hauling her back up the hill. Shar scrambled for solid footing and landed back on the trail with Mike’s arm wrapped around her lower back. She flung both arms around his neck and buried her face in his chest. “Big teeth, alligators, scary, bite my head off,” she stuttered out, trembling as she clung to him.

Mike held her close and murmured, “It’s okay. I’ve got you.”

His strong arms around her felt so safe and secure, and the trembling gradually changed from fear of becoming an alligator’s breakfast to the euphoria of him holding her close. She knew she worked too much and didn’t date often, but she was certain this was an over-the-top hug. The tingly, good feelings that Mike’s body infused into her as he held her had never been matched with previous manly embraces. He smelled wonderful, clean and crisp, and she wanted to just bury her head in his chest and never let go.

He stepped back first. Of course, he did, but he stared down at her with such protection and depth in his gaze, she almost fell back into the alligator-filled pond. “You’re okay,” he muttered.

“I didn’t even get a toe, or a finger, nibbled off,” she reassured him.

He chuckled, and then he was hugging her again. Wow. She’d take a near-miss with an alligator to have this kind of attention from Mike. Closing her eyes, she just hung on for as long as he’d let her.